Remember your first kiss, or your most romantic kiss? If you enjoy kissing and would like to find out more about kisses, what they mean and International Kissing Day, we have all the information here. Just click on the titles of interest and enjoy the read!

Do you enjoy kissing? So let's get to it! 6 July is International Kissing Day, an event that developed in 1990 out of the UK-based National Kissing Day, which came about because of a belief that many people had forgotten the simple pleasure to be had in kissing for kissing's sake. So, let's kiss! And if the weather's good, why not combine the kissing festival with an outdoor party?

Talking of kissing: the word we know today evolved out of the Central German and Old High German "kus", the Old English "cos" and the Old French term "koss". In a dream, a kiss may symbolise a craving for love, affection and union. A kiss on the mouth (i.e. on the organ of speech) may also indicate a desire to talk with, or be reconciled with, the other person in the dream. In real life, tender, affectionate, passionate kisses are an elixir of life! No wonder Sleeping Beauty awakens from her deep slumbers when kissed by a prince!

Order
Order
When we asked you about your most romantic kiss, you told us that kissing can be all that one hopes of such a delightful experience: romantic, breathless, emotional. In a nutshell: an elementary force. But read it for yourself:

"My first and most romantic kiss was with my 'not-yet-wife' when I was 17. It was a real beginner's kiss, but wow, what a kiss! With crackers, sparks and fireworks … and so incredibly tender. It's still there, engraved on my mind, even though my wife passed away 15 years ago."

Here's another marvellous reply: "The kiss itself isn't the most romantic thing, but rather the instant when lips meet and you feel the warmth of your partner's lips. You nose gently brushes against his, your eyes begin to close … well, you know what happens next ... there you are, kissing him. It's like a rebirth every time! As though one were able to touch heaven with a finger. All kisses can be romantic, some more than others. The trick is to make the final instant last as long as possible. If only such moments could last forever!" Poetic, no?

Honestly now: how often do you enjoy a kiss? More often than you think, probably. Not always out of love, of course, but also out of feelings of friendship, affection, habit, sympathy and, well, just because. We live in a kissy-kissy culture and those kisses add up pretty quickly! The only doubt is whether one starts with the right or left cheek, and whether one should dispense two or three kisses. Scientists have come up with an answer to the first question, at least – it turns out that when kissing, two-thirds of people tend to turn their head to the right. Other results of scientific research into kissing: over a period of 70 years, the average person spends more than 76 days engaged in kissing! Also, erotic kisses appear to provide an indication of whether your lover might be a partner for life: if the chemical messengers fit, then both immune systems also apparently fit and the two individuals find each other attractive. Last but by no means least, scientists tell us that a kissing couple experience a mental connection that promotes feelings of happiness. So it seems that flowers and kisses have a lot in common! Both make us feel happy, say more than words and pass the message in a language that we can all understand.

Say it with flowers! See our suggestions HERE 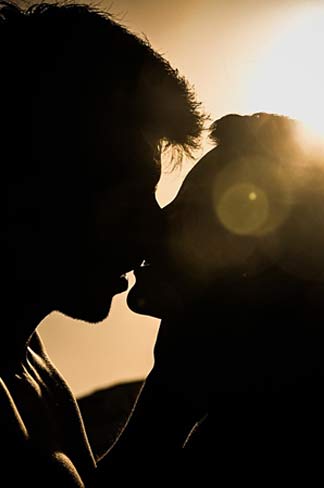 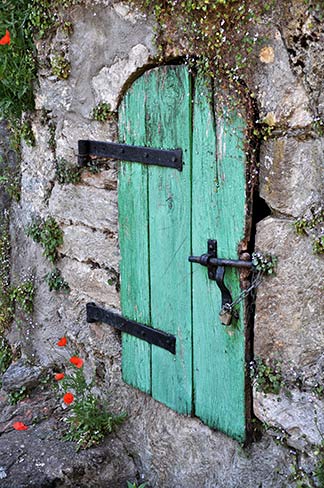 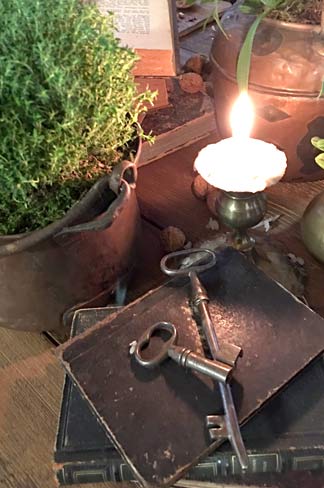 
Kissing is nothing new, even if kissing customs of yore were less free and easy than they are today. For example, one's social status in relation to the other person would determine exactly where the kiss was given. The lower the social status of the kisser, the further away from the face would be the kiss. Only persons of equal status were permitted to kiss on the cheeks or mouth. If the person to be embraced was of a higher social ranking, the kiss would be on the hand, if the social standing were even higher, then it would be on the knee, or on the foot for those of the very highest status. Sometimes, one would only go as far as kissing the floor … or the door lock. In the Middle Ages, the serf would swear allegiance to his feudal lord with a kiss. If the lord were not at home when the serf called, the serf was expected to kiss the door or its lock instead (which was probably the more pleasant option!). In this context, there is a wonderful anecdote about the French royal court in the 16th century, where it was customary to kiss EVERYTHING before presenting it to an aristocrat – a tradition that was obviously unknown to one inexperienced page. So, when handing a letter over to a princess, the page found himself under orders from the chief of protocol to kiss it ("baise-la"). Which he promptly did, except that he kissed the astonished princess instead of the letter (LOL)!

Flowers that have the same effect as kisses? Browse our selection HERE.

Survey: all about "awful" first kisses 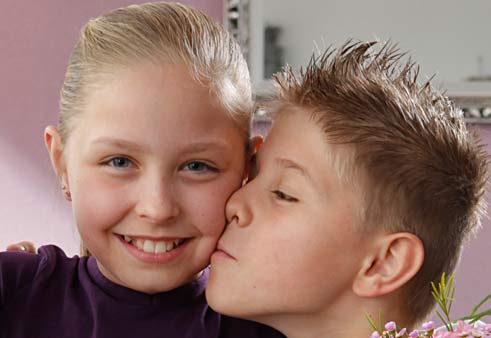 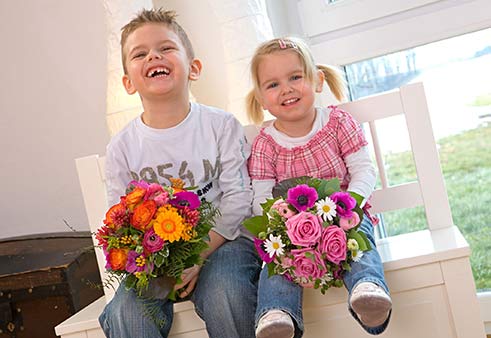 
"How was your first kiss?" we asked our readers in a Newsletter. Your replies were funny, touching and quirky, and reading them took us back to our own childhoods.
"My first kiss was from someone I would NEVER kiss again," we read, for example. Or: "Oh dear, please, I don't want to think about it. It was just awful." It seems like quite a few of us had a less than marvellous experience!

"I remember my first kiss as a six-year-old in a school corridor," wrote one man. "I was totally embarrassed, because according to my school friends, girls stunk!"
You also reported a number of minor accidents: "I was 5 at the time, and the boy had to kiss me because that's what our mothers wanted. But all he did was bite me on the lip, which hurt like hell! But we remained friends, even so."

Another girl was not so lucky: "I remember my first kiss in a park in Wädenswil, next to a magnificent fountain. My then boyfriend wanted everything to be romantic and lovely, but I was so surprised by the kiss that I knocked the poor guy into the fountain. He's been annoyed with me ever since!" Well, we hope he'll read these few lines and can laugh about it now!

Flowers for a school sweetheart? See our inspirations HERE.


We use our lips for kissing, but kissing may take more exotic forms in other cultures. In Myanmar, for example, people rub cheeks when they want to show affection, whilst the Inuit, Sames, Polynesians and Maori touch noses, sniffing at each other so to speak. The same peoples tend to give kisses with the lips to areas causing pain … exactly as we would blow gently on a wound to make it heal faster.
And there are even more exotic customs: inhabitants of the Trobriand Islands in Papua New Guinea show passion by nibbling each other's eyelashes, pulling hair and biting tongues and lower lips.
The French claim to have invented the tongue kiss, which the English refer to as "French kissing". But anthropologists seem to believe that kissing was born in India on account of references to it in certain Sanskrit texts dating from 1500 BC. The Kama Sutra also mentions over 30 different types of kisses.

Flowers in anticipation of kissing? Browse our flower kisses HERE.

A kiss for your sweetheart in 34 languages

If the love of your life isn't with you right now, you can always send hugs, cuddles and kisses in one of the following languages and dialects: