Mother's Day – worldwide dates, wordings, poems and Mother's Day wishes in 28 languages, plus ideas for gifts. Click on the headlines that interest you and find out more about mothers and what they wish for their children and grandchildren, Mother's Day in other countries and how to organise the perfect Mother's Day. Enjoy reading!

How the United States and Switzerland discovered Mother's Day


Mother's Day is the fruit of the efforts of the American Anna Marie Jarvis. But she only fulfilled the wish of her dynamic mother Ann Reeves. Throughout her life, Ann Reeves has been committed to the needs of mothers by raising money for the poor among them and informing them about hygiene and child mortality. After her death, her daughter Anna Marie did everything in her power to have the Second Sunday in May recognized as a "Day of Honor for All Mothers". It was successful in the United States in 1914 and in the same year, Mother's Day arrived in Switzerland.

There it was the youth organization "Unions Chrétiennes de Jeunes Gens de la Suisse romande (YMCA)" and the Salvation Army that took up the theme. The former published its appeal in 1914 in its organ, while the Salvation Army did not propagate the day of honor for mothers until 1917. However, both initiatives were not successful. Nevertheless, they seem to have set something in motion. For in the late twenties there were public appeals. These led to Mother's Day in Switzerland becoming a festive day in 1930 and being set for the second Sunday of May. Today, Mother's Day exists practically all over the world, even if the dates differ in part from the 2nd Sunday of May.

Love, happiness, success: what are mothers' wishes for their children and grandchildren?

Fleurop ran a survey to find out what your mothers wanted for you and what wishes you have for your children and grandchildren. It produced interesting results: because you and your mothers evidently consider the same things to be important for children and grandchildren. Happiness and health were to the fore in every case, and took first and second place. After that, it varied. While the third most important thing that your mothers dreamed of for you was a family and love, you are more likely to wish for contentment, ambition and generosity for your children. The picture changes again for grandchildren. In this case, the third place in the good wishes ranking was taken by a good education. By the way, a good character made it into the top ten in all categories, while the wish for peace and an unspoilt environment only comes up for grandchildren. You'll find wordings and poems for your Mother's Day message HERE.

For the nicest Mother's Day wishes in the form of flowers, go HERE.

Once upon a time, there was a romantic emperor and a jealous empress

Peonies have many fans, especially on Mother's Day, because their flowers are beautiful and symbolize perfect beauty. No wonder, says a Chinese tale. According to this story, in the garden of Emperor Huan's palace, was a magnificent flower that no one else in the world had ever seen. The emperor worshipped this flower so much that when the bloom came, he forgot everything, even his wife, and sat in the garden, in ecstasy before the blooming flower. As often as he could, he told the empress about it, assuring her that he had never seen anything more beautiful. Over time, the empress became jealous and ordered the palace gardener to cut the plant down to its roots during the winter. She hoped that the plant would not recover and that, without this flower, the emperor would be interested in her again.

The gardener did what the empress wanted. But since he felt sorry for the emperor at the same time, he looked for a flower that looked remotely like the previous one and grafted it onto the root of the flower he had cut off. The following spring, not only stems and leaves sprouted from the root, but also a flower that was even more beautiful than the previous one. The peony was born! The emperor was so delighted with his gardener's skill that he showered him with gold.

The most beautiful flower for the sweetest of all mothers? You find them HERE.

What flowers are right for which mum?

A mother isn't just a mother. And a bouquet isn't just a bouquet. Or do you see no difference between your mum and other mothers? You've got it! And that's why you can't go wrong by choosing flowers and colours to match your mum's character. Here are some tips.


While we're on the subject of "mixed" flowers, bouquets with many colours of flowers – e.g. a mixed bouquet of roses – are of course also ideal if your mum embodies all the characteristics listed above … or at least an number of them.

Click HERE for MyBouquet creations with lots of flowers of the same type. 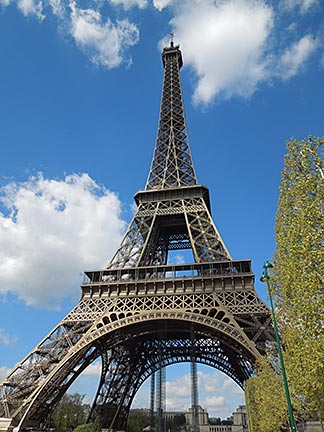 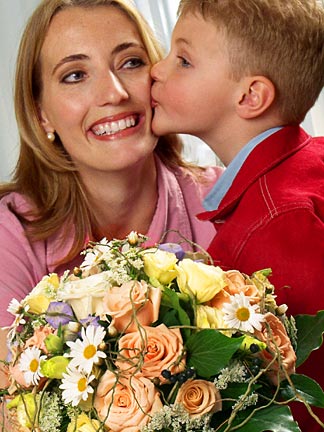 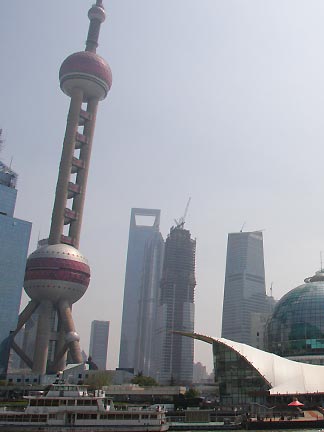 Other countries, other customs. And so Mother's Day is not celebrated universally on the second Sunday in May, as it is in Switzerland. Here are the most important dates: 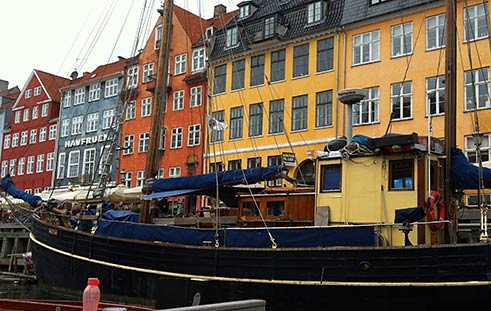 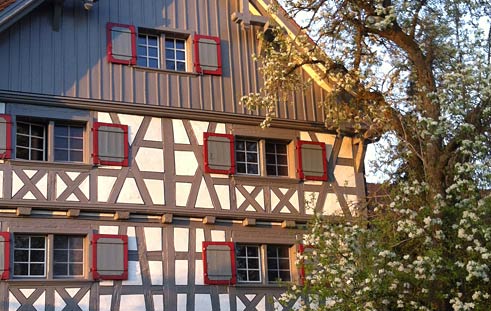 The whole world celebrates mothers with a holiday. But not all countries use the US-American date. There's an interesting symbolism behind the different dates. For example, in many Middle Eastern countries, Mother's Day is on 21 March and virtually coincides with the beginning of spring. This is probably because both spring and mothers represent new life. So the choice of this date is essentially highly poetic.
On the other hand, in many of the former Eastern Bloc states, the mother is simply seen as a woman. Accordingly, Mother's Day is celebrated in these countries on 8 March because that is International Women's Day. Of course, Women's Day is about the equality of men and women. And Mother's Day is a holiday in honour of mothers, on which they are thanked for their love and care. But they have a matter-of-fact attitude in these countries, and get a two-for-one deal by using a single date. 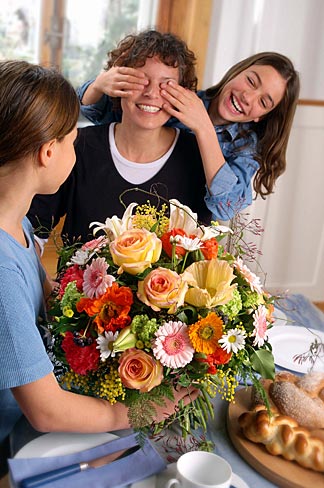 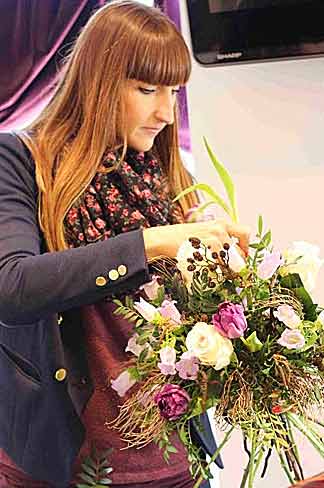 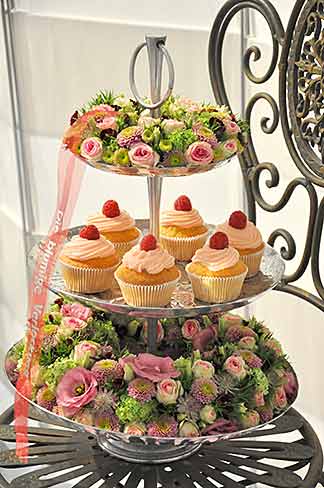 Normally, it's up to the mother to make sure everything goes right. On Mother's Day, it's the other way round. These tips will make the family celebration a mega success:

However, time spent together is probably the most important thing of all. That also applies to teenagers, who for a time may not be able to get particularly excited about Mother's Day, and to "grown-up children".

Detailed decorative tips for the loveliest of all Mother's Days are HERE.

Want the loveliest of all bouquets? Find them HERE. 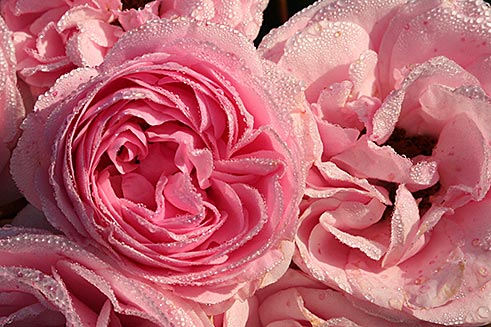 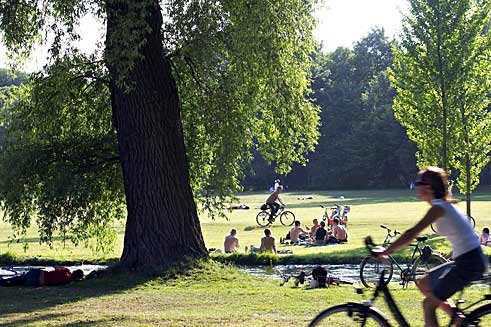